Greenhouse heating – 5 facts you should look at

Greenhouse heating can be very expensive, especially if you greenhouse is not optimally set up for heating.  There are factors that can be taken into account in order to reduce greenhouse heating cost or capital installation cost. (A lot more info is in The Polytunnel Book

It is estimated that 10-30% of heat in a greenhouse is lost through ventilation. Most of the leakages are found at the plastic overlaps and where the plastic cladding is tightened to the structure. In areas with high wind speeds, the loss of air can be reduced by setting up wind breaks. A wind break should be at least 4 m high and fitted with either hail netting or a 10 % shade cloth. The idea is not to stop the wind, but to reduce its speed over the greenhouses. It is important not to concrete the poles of the windbreak into the soil. The poles must have some movement during windy periods. It has been found that poles that have been concreted in the soil tend to break at the soil level. Using shade net with higher density will result in damage to the greenhouse cladding material due to the ripple effect of the wind. Constructing the greenhouses close to high trees can have an advantage as long as the trees do not cause any shade to fall on the greenhouse facility. There are many materials that can be used as sealants to prevent air leaking between cladding material and the structure.

One of the more well known methods of reducing thermal transmittance is using a double layer plastic. The two layers of cladding material are kept apart with air pressure. There are cladding materials available that are designed to reduce radiated heat loss during the night. A double layer of plastic will reduce thermal transmittance and reduce the capital requirement for greenhouse heating.

One way of reducing greenhouse heating requirements and reducing thermal transmittance is the use of thermal screens. These screens are only used during the night and they differ from those screens used during the day in order to cool a greenhouse. The screens prevent heat radiation from passing and reflects the heat coming from the plants and ground back. Only the area under the screens is heated in order to reduce the total volume of air that needs to be heated.

Increase the efficiency of heat sources

In the last decade the efficiency of boilers and other greenhouse heating equipment has increased significantly, reducing the cost of heating a crop or environment. There have also been significant improvements in insulation materials for the pipes running from heat source such as boilers to greenhouses and radiators. There are many other sources of energy that a grower can use either as supplement to an existing heat source or as sole heat source. These include infra-red heat, reflect heat from other industries, solar heat, geothermal sources and heat pumps.

An important heat greenhouse heating source, which is often neglected, is the ground. It has been found that the ground radiation into the greenhouse can add 1.5 – 2.8°C during the night (Mesmoudi, Bougoul & Bournet, 2012).

Greenhouse heating requirements can be lowered by alternate crops 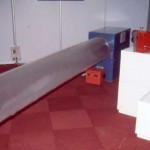 Lowering the temperature will not only result in lower yields, but also a reduction in quality of the final product. Quite often the gains made in reducing heating costs cannot be compensated for by the reduction in yields by lowering temperatures. The only other option is to plant varieties that are more tolerant to lower temperatures. However, this forces the grower to re-schedule his planting program, which is not always suitable. In most cases some factor of production has to be compensated for, such as a reduction in the growth period of one crop in order to plant the more tolerant types. The reduction in growth season length reduces yields and increases the cost per unit produced.

The only other option is not to heat at all. The grower can plant winter vegetables such as lettuce, spinach, radish, spring onions, beet root and leeks. The disadvantage is that if a grower has obtained a certain market share with a product growing throughout the year, he will most certainly lose this advantage during off season periods.

by B. C. Ravenscroft